Attorney Michael Santucci recently visited Nine Mile in Saint Ann, Jamaica, the birthplace and now resting place of the musical and spiritual legend Bob Marley. His gracious host, Richard Booker, is Bob Marley’s brother and a long-time client of Santucci Priore, P.L. with whom Michael stayed on the family compound.

People travel from all parts of the earth and make the pilgrimage into the mountains to Nine Mile seeking music, peace, enlightenment, solitude and to pay their respects to international legend Bob Marley and his mother, musical artist Cedella Marley Booker. Richard Booker welcomes all, and offers respectful, private tours of his home and compound, including the family mausoleum where both Bob Marley and their mother Cedella Marley Booker was laid to rest.

The entire line of Cedella Marley Booker’s Smilin’ Island sauces, rubs and other food products were on hand to taste and purchase. The line consists of family recipes of Bob Marley’s mother, Cedella Marley Booker including various hot sauces, seasonings and Santucci’s favorites, the East Indian Spice Seasoning and the Reggae Ketchup. A director and videographer was also shooting some hilarious commercials for the Smilin’ Island food products at the same time. Buy them all here.

Richard Booker runs, as he historically did with his late mother, Cedella Marley Booker, the Nine Mile Music Festival in Miami and annual food drive every year. Regular performers include, Bob Marley’s sons, Julian Marley, Damian Marley, Stephen Marley and Ky-Mani Marley as well as Artists like Lauren Hill, Shaggy and Seal Paul. The festival is usually held in February or March each year. The festival/food drive has fed over 1,000,000 hungry families. Check it out here.

Thank you once again to Richard Booker for his hospitality, grace and generosity. Blessings and respect. 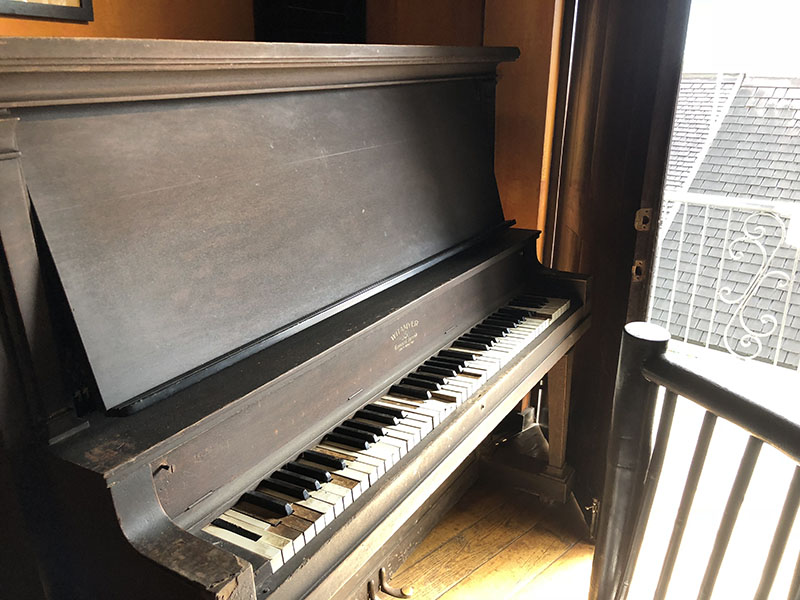 Piano that Bob Marley played and grew up with in his childhood home. 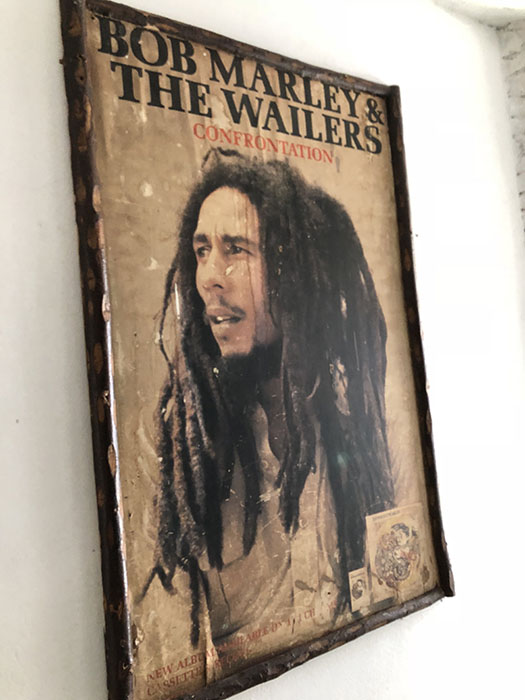 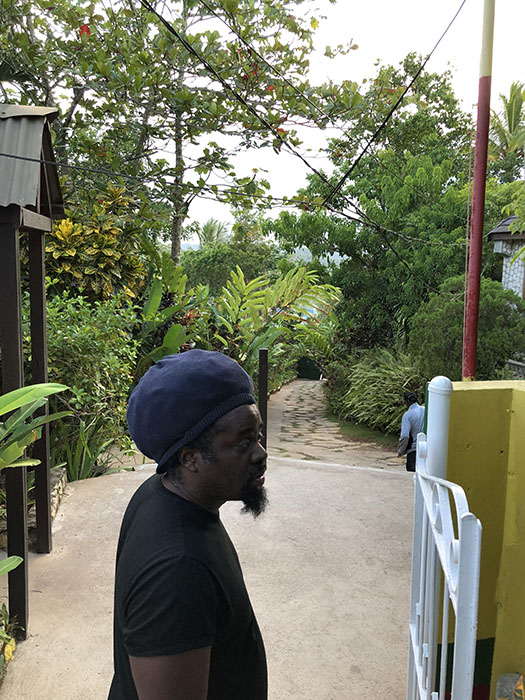 The room where Bob Marley slept as an infant with his mother Cedella Marley Booker. 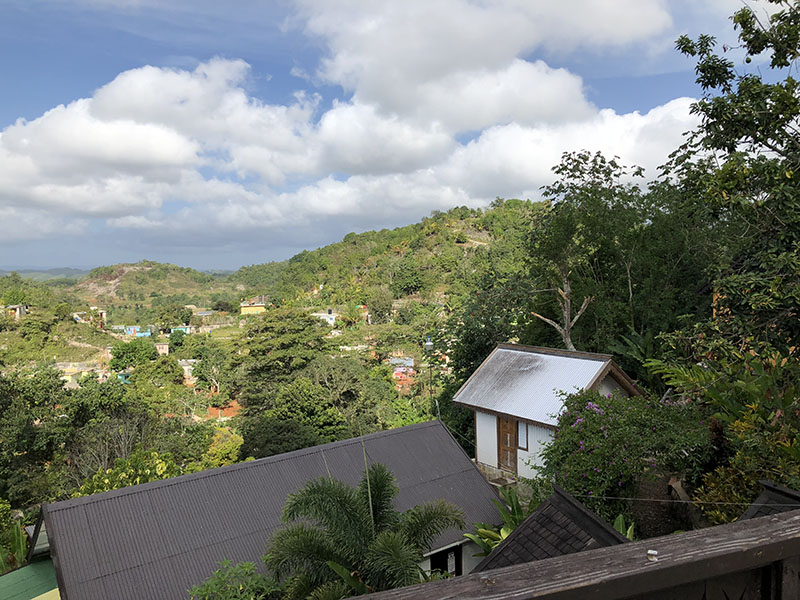 The view from the rooftop balcony of my adopted bedroom in the family home. (MIS) 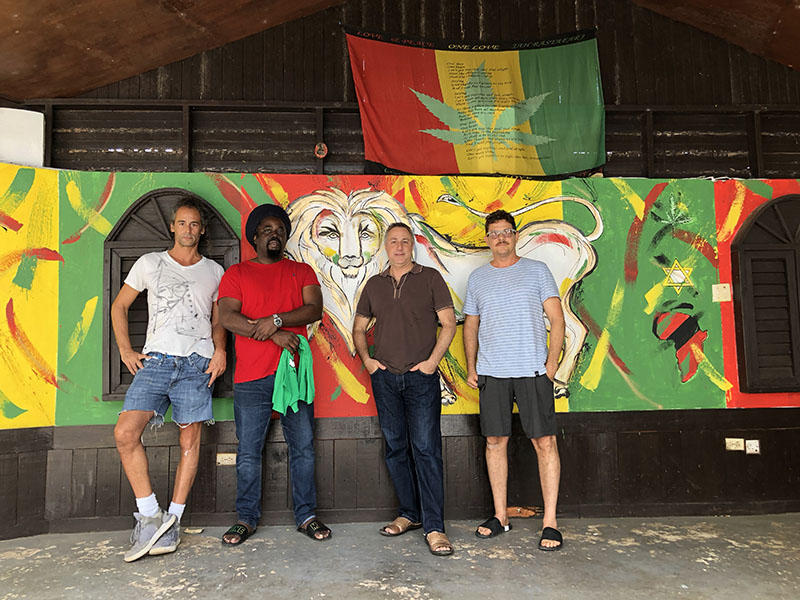 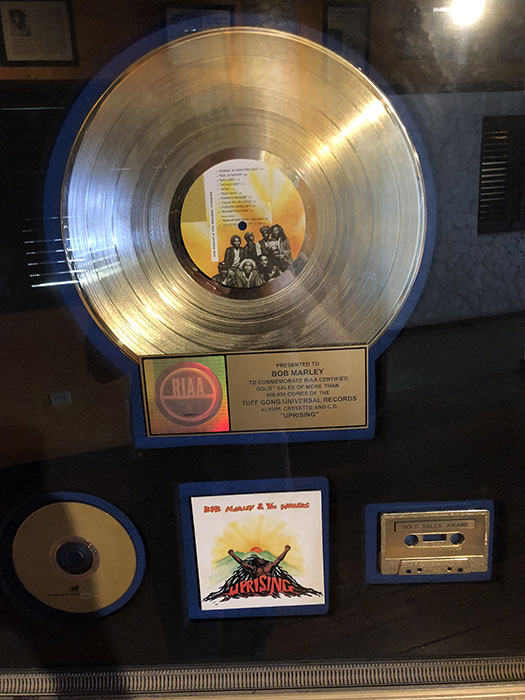 Framed gold record from Bob Marley & The Wailers’ classic album “Uprising,” featuring the tracks “Could You Be Loved,” “Coming I’m From the Cold,” and the timeless anthem “Redemption Song.” 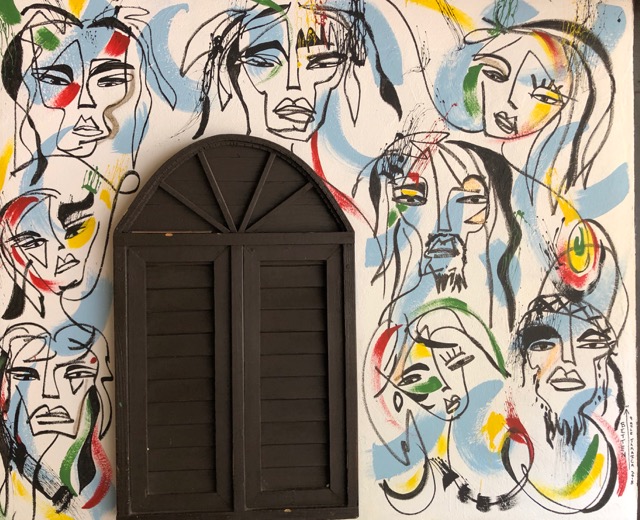 Part of the new Nine Mile stage mural by Jordan Betten of Miami. It was fascinating to watch this work or art in progress through to completion.